ABUNDANCE OF ART IN OUR FAVORITE SHOWTIME SERIES "BILLIONS'

In a fast-moving narrative, Showtime’s Billions explores Wall Street in all its risk-taking eagerness while chronicling the clash between an egocentric hedge-fund mogul Bobby Axelrod and troubled US Attorney Chuck Rhoades. Billions co-creators Brian Koppelman and David Levien - in their drama about greed, power, pleasure, wealth, romance, constant loosing and winning - worked hard to get the Wall Street right, including different aspects of extravagant lifestyle and especially - art.

It is one of the first shows to fully encapsulate and feature incredible art by Jean-Michel Basquiat, Pat Steir, Robert Motherwell,John Baldessari, Yves Klein, Bernar Venet, David Salle, Adam McEwen, Ellsworth Kelly and more. The paintings and sculptures do not just illustrate the expensive taste of a hedge fund king, there are there to follow the narrative and the mood of the show as Michael Shaw, the production designer insisted in the past few seasons. And in this season art had been given a bigger role -through a new character, handsome and talented young artist Nico Tanner.

Tanner's art caused first huge clash between Axe and his new opponent Mike Prince (corey Stoll), a rival billionaire who tends to have a moral impact to the world, aligned with all this new generation ‘Socialist and Marxists’ nonsense, that extra rich feed themselves to sleep. We call it hypocrisy.

But why all the fuss over a few paintings? To understand the competition between Axe and Mike in the art space, we first have to understand the dual nature of the artwork and their benefits: pure consumer benefit (joy of having it in living room) and capital asset – the value of art piece that tend to increase over time (profits $$$). But most intriguing for the art work, and the main driver for collectors to pull the trigger, is the desire for something that could not be mass produced unlike other tradeable instruments commodities, stocks, bonds, currencies, options.. etc. Given that there is a low number of buyers and very limited number of art works, this makes collectors even more relentlessly motivated to compete and get a hold of the artist that is trending. It happens that many of these collectors, are the hedge fund moguls, so competition between Axe and Prince over an artwork is more than expected.

Of course, Axe is using the art works to show his great taste and extravagant ambition beyond numbers and finance. On the other hand what it looks like, Prince’s main driver is to sabotage Axe, conquer the old kingdom, enjoy all the benefits of capitalism, but establish a brand new socialist set of values that old-schoolers from the Wall Street would not even dare to acknowledge in the past. Sorry Mike but Axes ego and greed might be purer than your socialist hypocrisy.

Axe always finds the way to get what he wants “If you can’t buy the art, buy the artist”, and consigns Tanner to make art for him, from a lavish Soho loft that he paid for. Which brings the light on a relationship between the collector and the artist, revealing co-dependence between the two. Or how Axe portrayed this in a super corny way “Do we like the Sistine Chapel any less because the Medici's paid Michelangelo to make it?”. But no one really likes to talk about this. Because it’s not cool and there is something about the artists and their brilliance, that can’t be stained with that ‘dirty’ Wall Street money. It’s maybe we don’t want to acknowledge their dependence on financiers and collectors who buy the art for millions and millions of dollars. But no one ever said no to that. It’s only after artists pocket the cash, they decide to be vocal activists or don’t want to show their art at the Whitney because few of the board members are not aligned with their ‘political or ethical values. 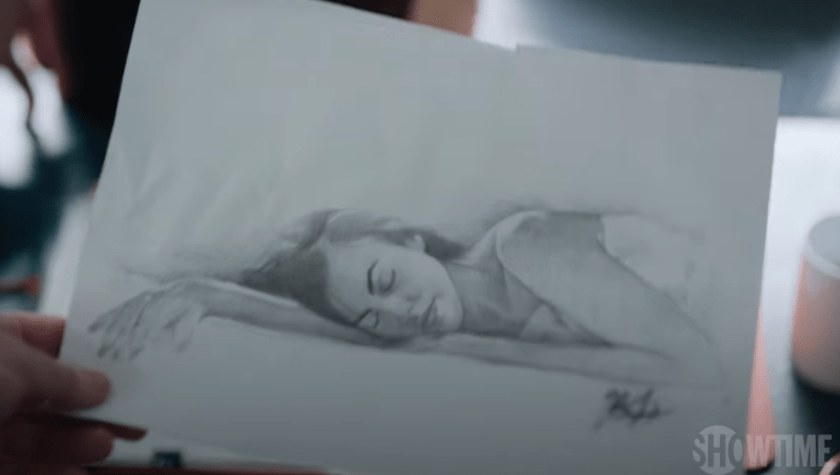 We obliviously can't wait to see how this ‘art arrangement’ between Axe and Tanner evolves. Stakes are getting higher for the 'Axe Capital' founder, especially with the sudden romance between the artist and Axes forever confidant, friend, and perhaps secret soul matte dr. Wendy Rhoades. And let's not forget that at the end in the hedge fund land is all about winning. The thing is, most of us are not just professional number experts. We have emotions and are weighting the outcome based on our deep feeling on how something will play out for us. From small to important decisions. Hopefully Axe will be able to manage the risk of his own decisions. Because like in life, and especially in finance people hate to lose.